We would like to offer our sincere support to anyone coping with grief. Enter your email below for our complimentary daily grief messages. Messages run for up to one year and you can stop at any time. Your email will not be used for any other purpose.

Share a memory
Obituary & Services
Tribute Wall
Read more about the life story of Dr. Donald and share your memory.

Dr. Donald Philip Smith died peacefully in his sleep on Wednesday, January 11th, with his wife, Mary Jane, by his side.  He was 90 years old.

He was born Wednesday, August 10, 1932, to Dr. F.M. and Helen Smith, in White Cross Hospital in Columbus, Ohio.  Dr. F.M. was in his medical internship at that time.  Shortly after Dr. D.P.'s birth, his family moved to Sycamore, Ohio, where Dr. F.M. opened a general medical practice.  In 1961, Dr. D.P. joined the practice upon his completion of two years of U.S. Naval service as a physician in Key West, Florida.  Dr. D.P. practiced medicine in Sycamore from 1961 through 2009.  Between the two of them, Dr. F.M. and Dr. D.P. provided nearly 80 years of continuous medical services to their beloved Sycamore.

Dr. D.P grew up in Sycamore, where he enjoyed building things, being outdoors, playing the violin, singing in a barbershop quartet, and spending time in his grandfather's blacksmith shop in nearby Nevada, Ohio.  After he graduated from Sycamore High School in 1950, he attended college at Ohio Wesleyan University. He graduated from OWU in 1954 and then attended medical school at the University of Cincinnati.  While a student at UC, he met his future wife, Judy, in the medical school cafeteria where she worked as a dietitian.  Following medical school graduation, Dr. Smith did his medical internship in Columbus, Ohio, where his son Phillip was born in March of 1958.  The family then moved to Key West Florida where Dr. D.P. served for two years in the U.S. Navy and where son Tad was born in 1959. In 1961, Dr. Smith and his family returned to his roots in Sycamore and joined his father in the family practice.  Two years later, daughter Sally was born (1963) in Wyandot Memorial Hospital, Upper Sandusky, Ohio.

Dr. Smith had many hobbies and interests, but the two that interested him most, besides his family, were photography and restoring and driving old cars.  During the course of his life, he took thousands of pictures, made family movies, restored multiple old cars, and participated in many old car tours. He met his wife Mary Jane (MJ) through friends in the old car community, and they were married in 2009.

Dr. Smith was a life-long resident of Sycamore and loved his community. He cared deeply for the overall health and education of the residents of Wyandot County.  He was instrumental in establishing the Critical Care Unit at Wyandot Memorial Hospital. At this time there will be no public viewing or funeral service. The family requests that in lieu of flowers, donations be made to the Sycamore Public Library, the Critical Care Unit at Wyandot Memorial Hospital in Upper Sandusky, or the food bank at the United Church of Christ in Sycamore in care of Walton-Moore Funeral Home, P.O. Box 350, Sycamore, Ohio 44882. Online expressions of sympathy can be made at www.waltonmoorefuneralhome.com.

To send flowers to the family or plant a tree in memory of Dr. Donald Philip Smith, please visit our floral store. 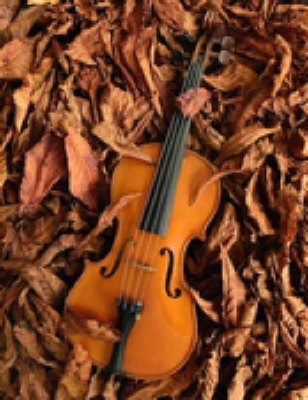 Look inside to read what others
have shared
Family and friends are coming together online to create a special keepsake. Every memory left on the online obituary will be automatically included in the book.

Look inside to read what others have shared

Family and friends are coming together online to create a special keepsake. Every memory left on the online obituary will be automatically included in the book.

You can still show your support by sending flowers directly to the family, or by planting a memorial tree in the memory of Dr. Donald Philip Smith

Memorial contributions can be made to Mohawk Community Library in care of Walton-Moore Funeral Home, P.O. Box 350, Sycamore, Ohio 44882.

Memorial contributions can be made to the Critical Care Unit at Wyandot Memorial Hospital in care of Walton-Moore Funeral Home, P.O. Box 350, Sycamore, Ohio 44882.

Memorial contributions can be made to the food pantry at the United Church of Christ in Sycamore, in care of Walton-Moore Funeral Home, P.O. Box 350, Sycamore, Ohio 44882.