We would like to offer our sincere support to anyone coping with grief. Enter your email below for our complimentary daily grief messages. Messages run for up to one year and you can stop at any time. Your email will not be used for any other purpose.

Share a memory
Obituary & Services
Tribute Wall
Read more about the life story of Alice and share your memory.

Alice was born on May 18, 1927 to Cyrus and Flossie Rank. Alice lived her young life in Sycamore, OH. She and her family moved to McCutchenville when she was a junior in high school, where she met her future husband, Virgil Swerlein. Alice graduated from McCutchenville High School in 1945. Alice also attended Tiffin University and Heidelberg College both in Tiffin, Ohio.

Alice married Ray Earl in 1990. She became a member of Grace United Church of Christ, Fostoria, OH. Alice and Ray spent their retirement years traveling the United States. They spent their last few years in Florida for the winter months. Ray preceded her in death in 2009.

Alice worked her entire life, first as a partner on a dairy farm, and then a milk trucking business with Virgil. After his death, she worked at Buckingham's Meat Market in McCutchenville, OH. She worked for John Neate Car Dealership as a Title Clerk. Later she worked as an Administrative Assistant and Admission Clerk at Wyandot Memorial Hospital, Upper Sandusky, OH. Alice retired in 1990, later to return and volunteer at Wyandot Memorial Hospital.

Alice was an active member of McCutchenville United Church of Christ. The church was a valuable entity in her life, and she made sure her children would feel the same. Alice was active throughout her lifetime volunteering for the church. She played piano, organ, sang in the choir, taught Sunday School and helped with many other ventures the church participated in.

Alice was also an active member of the Eastern Stars.

Alice was preceded in death by her parents, two brothers, Cyrus Albert and David, and a son-in-law, Tim Koehler.

Alice had several nieces and nephews that remained close and caring to her until the end of her life.

Alice has lived a long and fulfilled life. She made many friends along her life's journey, but she always valued family above everything.

At Alice's request, in her final wishes, there will be no memorial service or funeral. She wished to be remembered as a loving mother and grandmother, loyal friend and faithful companion.

Memorial contributions can be made to Trinity United Church of Christ in care of Walton-Moore Funeral Home, P.O. Box 350, Sycamore, Ohio 44882. Online expressions of sympathy can be made at www.waltonmoorefuneralhome.com.

To send flowers to the family or plant a tree in memory of Alice Elizabeth (Swerlein) Earl, please visit our floral store. 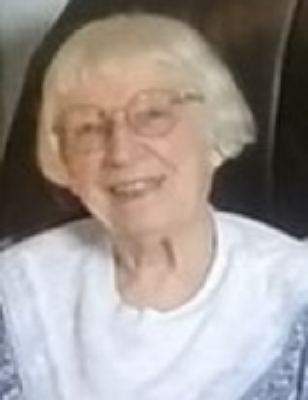 Look inside to read what others
have shared
Family and friends are coming together online to create a special keepsake. Every memory left on the online obituary will be automatically included in the book.

Look inside to read what others have shared

Family and friends are coming together online to create a special keepsake. Every memory left on the online obituary will be automatically included in the book.

You can still show your support by sending flowers directly to the family, or by planting a memorial tree in the memory of Alice Elizabeth (Swerlein) Earl

Memorial contributions can be made to Trinity United Church of Christ in care of Walton-Moore Funeral Home, P.O. Box 350, Sycamore, Ohio 44882.